What is the happiness index? 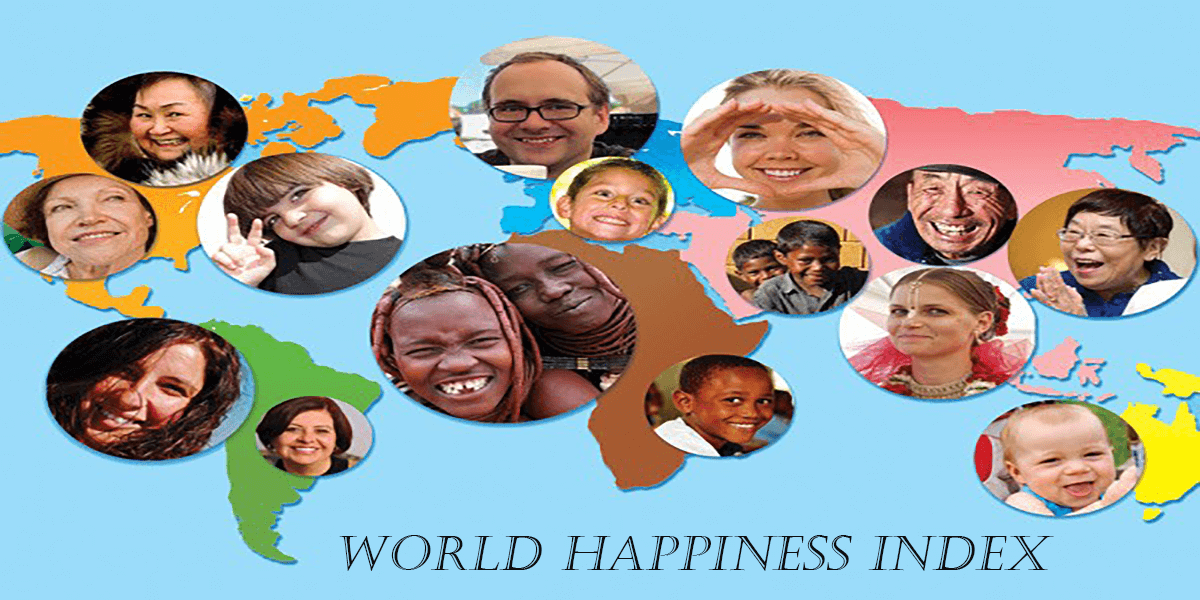 Yes you read it right How happy are you is being recorded somewhere World happiness index report is the report published by UN Sustainable Development Solutions Network. It is among the 149 countries of the world. How the citizen of these countries perceives themselves to be happy. It was launched in 2012 and till now 8 reports have been published. They are of the view that happiness among the people of the country is a very important factor in the economic and social development of the country. Finland Has been ranked the happiest country 4 times in a row. Followed by Denmark and Switzerland. The Gallup World Poll Survey conducts surveys in these countries and asks questions based on the answers to these questions and other factors like social security and GDP Countries are ranked.

The latest report of the world happiness index 2021 is based on the effects of covid 19 on the life of the people and how the government has been able to deal with this pandemic. India Ranks 139 in the world happiness report with Afghanistan coming last at 149 positions. Thus we can say that it is the saddest country in the world

Now the question arises how the happiness index is measured .The world happiness index gets its data from Gallup world poll. Almost 1000 people in every country is selected and asked the same set of questions. Each person need to answer these questions in their own languages, All this data is compiled to construct Happiness index

Various factors are kept in mind to calculate Happiness Index

So, the formula is Value of goods and services/Total Population

As we all agree money is very important factor of happiness. If the people don’t have money in their hand how can the be able to fulfill their basic necessity leave aside happiness

Healthy Life expectancy y is calculated by avg year of person is enjoying good health from birth. “Health is wealth”. You cannot be happy if you don’t enjoy good health. Thus it is a big factor in global happiness ranking

How the people of the country are willing to help each other or they are self-centered. Based on the answer of the respondents countries are ranked

Freedom to have a choice is also a key factor. The average of all the answers given by the respondents results in a ranking of the country

It is the protection provided by the government to access basic necessities like healthcare, education, and minimum income to the people of the country. How people perceive themselves to be socially secured in a country is also a factor of global health happiness.

Happiness is a subjective and emotional state of mind. It is a feeling that has no objective measure and can be difficult to define.

The reason for happiness can be attributed to the following factors: genetics, environment, personality traits, situation, or how you think about things.

Bhutan is ranked as the happiest country in Asia. It is a great achievement for Bhutan especially because it is a very small country with limited resources Population of Bhutan is equals to the population of Ahmedabad. The main religion that is being followed in Bhutan is Buddhism. Bhutan has been able to preserve their natural resources and its beautiful Landscapes . Bhutan has been able to find the perfect balance between modern globalization and cultural values

Finland is considered to be the happiest country in Europe fourth time in a row followed by Denmark and Switzerland. Finland is one of the most naturally beautiful country with a bunch of forests and lakes. It is also one of the less polluted country in the world. As compared to the other countries in the west people of Finland are more relaxed  laid back and are more satisfied and contented in life

Some of the reasons for Finland topping the charts are

Finland has one of the best education system giving equal opportunity to the youth to showcase their talents. most of the people are middle class with very less poverty and you can rarely find anyone without home or shelter

The report is published by the United Nations Sustainable Development Solutions Network.

The world happiness index was first published in 2012, and now it has been designed to measure the state of global happiness.

What is the happiness index?